by Year of the Cobra 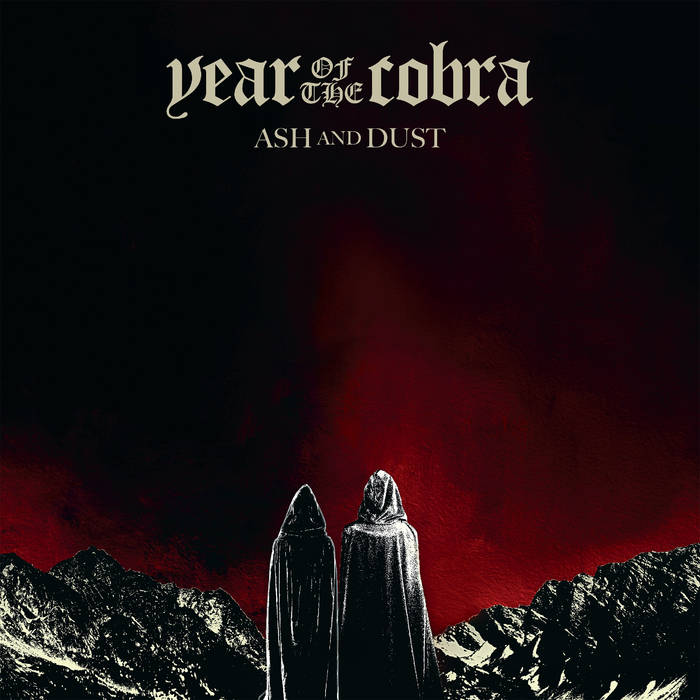 yoalh I absolutely LOVE IT !! 🌙 One of the best 2019 album, I can't even really choose a favorite one in this album, they're all good ! Favorite track: The Divine.

Carol McCuller This is a metal documentary of the soul, the acrobatic vocals adrift perfectly atop the sound. Happy to see they have other albums to enjoy. Favorite track: Dark Swan.
more...

Seattle stoner doom powerhouse Year Of The Cobra's second album "Ash And Dust" is sure to ultimately establish the duo - comprised of Amy Tung (bass/vocals) and Jon Barrysmith (drums) - as one of the genre's brightest stars, presenting a darker and more diverse sound than before with both psychedelic and post punk elements.

By now, Year Of The Cobra have found their very own niche, where lava-like riffs and pounding grooves melt with vocals of radiant grace and hooks of remarkable pop sensibility. Between all its excruciating heaviness, "Ash And Dust" reveals moments of light-hearted and angelic beauty. Captured into a larger-than-life production by legendary sound engineer Jack Endino (Nirvana, Soundgarden, Bruce Dickinson), the album is a sonic experience that makes you want to dance into a flaming abyss.

"Ash And Dust" is available as CD Digipak and 180g LP (black or silver vinyl).

Buy at our shop here: prophecy.lnk.to/YOTC-ash-and-dust/

Year of the Cobra Seattle, Washington

YOTC hails from Seattle, WA. Their debut full length album, "In the Shadows Below...", was released on 10/28/16 to high acclaim. The new record was produced, engineered, and mixed by Billy Anderson (High on Fire, Sleep, Melvins, OM, Neurosis, etc.). European and U.S. tours are being announced soon. ... more

Bandcamp Daily  your guide to the world of Bandcamp

Featured sounds by K.Spark and WIZDUMB, plus Basi joins the show to discuss his latest release.